VOTE EARTH - YOUR LIGHT SWITCH IS YOUR VOTE 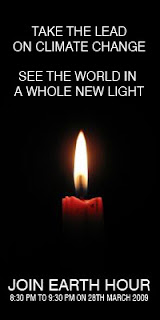 This year, Earth Hour has been transformed into the world’s first global election, between Earth and global warming. Vote Earth For the first time in history, people of all ages, nationalities, race and background have the opportunity to use their light switch as their vote – Switching off your lights is a vote for Earth, or leaving them on is a vote for global warming.
Earth Hour began in Sydney in 2007, when 2.2 million homes and businesses switched off their lights for one hour. In 2008 the message had grown into a global sustainability movement, with 50 million people switching off their lights. 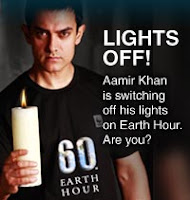