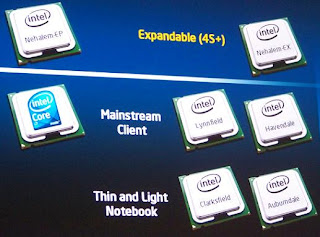 Nehalem is the codename for an Intel processor microarchitecture, successor to the Core microarchitecture. The first processor released with the Nehalem architecture is the desktop Core i7, to be released in Q4 2008. Server and mobile Nehalem-based processors will follow in 2009 and 2010.